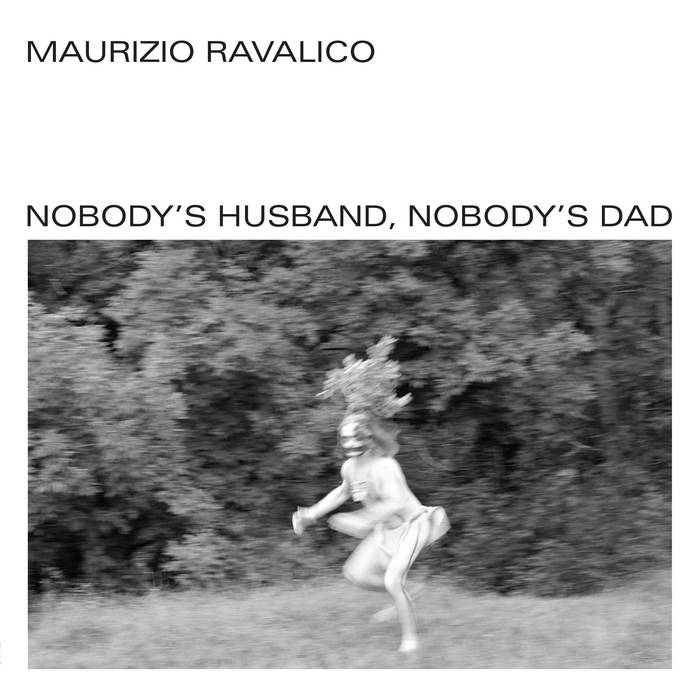 Roughly one year between recording and final commitment onto vinyl, this very intimate work marks a pivotal moment in Maurizio Ravalico's creative path, and it is the most eloquent representation of his lifelong love affair with percussion music.

The music on “Nobody’s Husband, Nobody’s Dad” is entirely acoustic and live played, with no overdubs added to the initial takes. These have all been slightly edited to different degrees, mainly to fit them into the time limitations of vinyl; but other than that all tracks are faithful reproductions of single, uninterrupted one-man performances.
Another distinctive musical trait of the album is its persistent denial of metric recurrence. Maurizio’s solo music is focusing on sounds, often generated by unexpected combinations of conventional instruments and found objects, both played using a mix of orthodox and extended techniques, and often on top of a big drum, which augments dramatically their timbrical and tonal range. The finished pieces recall thus the aesthetics of both contemporary and improvised music, despite them being neither strictly composed nor at all improvised.

Companion to “Nobody’s Husband, Nobody’s Dad” is “A Momentary Convergence of Differently Paced Trajectories”, also available on this Bandcamp profile, a 12” EP containing remixes of one of Maurizio’s album tracks, Fiium Shaarrk and Collocutor.

This is Maurizio's first full-length entirely solo work, and it follows the release of two acts which have made quite some noise in 2017: the pan-European trio Fiium Shaarrk (one of BBC3 Late Junction’s 12 Best Albums of 2017) and Tamar Osborn’s Collocutor (Top 50 Jazz Albums of All Times on MusikExpress.de), both of which gave ample space to his very individual voice as a percussionist.
During a brilliant and intriguingly varied 30 years long carreer, Maurizio has gone a long way, and he's certainly not at ease within the boundaries of any genre-defined comfort zone: he has played with a surprisingly wide range of artists, from major pop acts like Jamiroquai, James Taylor Quartet and Paul McCartney, to most of the salsa and cuban-related act to originate from London, and to the forefront exponents of improvised music of both London and Berlin, such as John Edwards, Frank Paul Schubert, Oren Marshall, Steve Beresford, Pat Thomas and Orphy Robinson.

There are no overdubs and no electronic manipulations on this album; only a discreet amount of editing, to what are otherwise single, acoustic, uninterrupted one-man performances.

Thanks are due to:
Moreno Buttinar, for for his time, friendship, generosity and formidable devotion to music;
Kishon Khan and Justin Thurghur, for their invaluable input into the completion of this release;
Axel Drioli, for providing the initial kick for this work.
Mum and Dad, for loving me all along, no matter what.

The music on this album, and in general my solo music, would certainly be different if I had never been exposed to the playing of Le Quan Ninh, who opened my mind to a completely new approach to percussion, fourteen years ago. A big debt of gratitude goes to his ideas and his examples, which were the starting point of many hundreds of hours of joyful explorations.

This album is dedicated to Fifi, and her fantastic journey through life, at the end of which we all discovered ourselves better human beings.