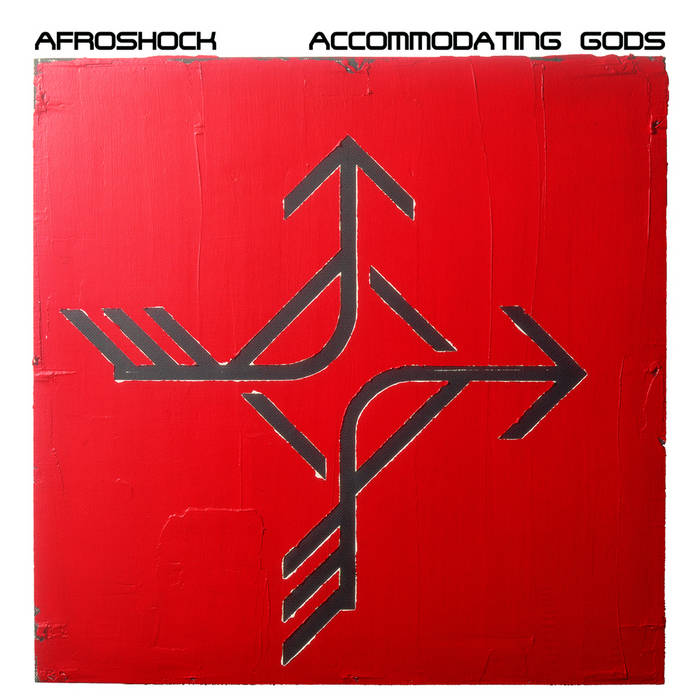 Accommodating Gods is the only discographic outlet of Afroshock, a duo of Maurizio Ravalico (congas, percussion, vocal) and Davide Giovannini (drum kit, timbales, vocal), whose collaboration spanned from 1989 to 2000. Afroshock’s repertoire was centered entirely on the idea of reworking and a paying creative tribute to the sacred music of Cuban Santeria, a music that Davide and Maurizio have loved, studied thoroughly and performed extensively throughout the nineties, while both being two key figures in the British Cuban and Salsa music scene.

“Afroshock (…) remains an underground masterpiece of the Latin percussion world”
On the sleeve notes of Rhythms of the City (F-ire, 2008)

(…) this CD is the result of these two Italian percussionists being immersed in music that serves the deities of the African religions in Cuba. Rather than simply regurgitate or mirror what they’d learned during their journey the duo transposed the music from bata drums to trap drums, congas and other percussion. Maurizio and Davide sing and play with fire and passion and, like Bata Ketu’s CD, makes this innovative venture essential to investigate. (Paul Bradshaw - Straight no Chaser, Winter 1998)

(…) two Italian percussionists who have caused quite a stir since arriving in London (…). Both virtuosos with a thorough knowledge of Afro-Cuban rhythms, they are firmly entrenched on the London Latin scene and have finally released their long-awaited debut album Accommodating Gods (…). Afroshock have arranged traditional Cuban folkloric songs for drum kit, percussion and several voices in a way that defies belief. This is a live album with no overdubs that sounds full (I’d swear there were five or six of them!). To play these intricate rhythms, with these arrangements and sing harmonies is impressive stuff. (…) this is a must for students of Latin percussion and those interested in Cuban music. Others should see the band if they get the chance. Seeing is believing.
(Roger Beaujolais - Musicians Magazine, 1998)

All tracks are traditional, except where indicated, arranged by Afroshock.
All themes and musical elements which are not part of public domain are composed by Afroshock.
These are all live takes, there are no overdubs on this recording.